By the time I was 15, I had experienced a lot of tragedies for a little girl.  The mental illness and then death of my mother was the most prominent.  I have dedicated my life to learning how to attend to my sorrows, thus keeping my heart open and helping others attend to theirs.

When I was 19, three years after my mother died, I was escaping my new step-mom and spending the summer as a camp counselor.  I became very close to another counselor who was musically gifted.  She wrote a song for me.

Wendy helps you when you’re sick and cold.
Sings you songs of joy and sorrow.
Portraits in many colors, she sails with you exploring past.
On shore the present will help you learn yourself.

I still feel that these words describe who I am 47 years later and summarize what my life has been truly about.

There is indeed a through-line to my life, which has always been my interest in transforming debilitating pain into something useful, into an asset, into wisdom.

Starting in the early 1990’s I began the Pathwork Transformation Program at Sevenoaks Retreat Center.  The theme of feeling your feelings and valuing them felt like a miracle to me. In my family everyone just wanted me to be happy.  There was no room for the rainbow of human emotions.

Core Energetics was part of the program.  It is based on the work of Wilhelm Reich, called Bioenergetics.  It explained physical and psychological problems as energetic blocks formed in the body to protect against the assaults of life. Through physical exercises energy could be released in the body and thus resolved in the psyche. We did these exercises until our bodies began to tremble and shake.  We felt better afterwards—some emotional release.  We also expressed and moved our negativity, beating on pillows, kicking on mattresses and stomping around the room saying, “no, no, no”.

We used experimental techniques like Stan Grofs Breathwork.  Through deep breathing we would transcend to states of euphoria and expansion.  We found our personal God-Self and a greater consciousness—our “yes” to Life.

In committed monthly groups, we healed so many interpersonal wounds.  The group members would recreate the dynamics of our families and feel the same painful, sometimes excruciating feelings, but they were now welcome and held in the loving container of the group.  Different outcomes were possible, with tremendous healing.  The intimacy we created with each other soothed a part of me that craved this kind of contact, and we sensed that we were a part of a greater evolutionary movement, healing ourselves but also the planet.

I graduated from the five year Pathwork Transformation Program and went directly on to another five years of Helper Training.  I became a Helper in 2004.

As a new Helper I experimented with many of the newest tools and techniques.  One was Hellinger Family Constellation Work developed by Bert Hellinger.  This work, like Bio-Energetics, was built on observation and the deductive reasoning of the founders.  Bert observed that individuals who have present day problems are often enacting a family dynamic from the past, created by the strong bonds of love.  The work reveals and heals intergenerational trauma and gave me a sense of my own families bonds of love and the place I had taken with the generations of women in my family.

I took the three years of Hellinger Family Constellation training to become a facilitator.  I have incorporated this system into the individual and group work I lead and have seen tremendous benefits for some people.  One experience that stands out was the work of a woman I will call Susan.  She was extremely insecure and unsure of herself.  She felt her mother’s lack of love caused this.  She felt she had a tragic flaw that made her unlovable.  She would desperately reach for love and then be ashamed of her desperation.  In a constellation we named the different family members and got group members to play those roles.  One member played Susan’s mother and another played the role of a baby that had been born and died just before Susan was born.  Then people stood up to play Susan and her younger brother.  The representative for Susan’s mother turned towards her dead baby and could not look away.  Her attention riveted on the child she had lost.  Susan realized in a moment of tremendous insight and healing that her mother’s lack of attention had nothing to do with her.  She was grieving a lost child.  It was not her flaw but her mother’s grief that had caused so much pain in Susan’s childhood. 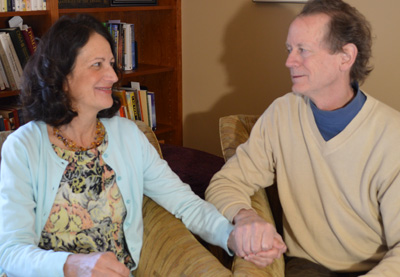 My husband, also a Pathwork Helper, and I have worked for the 39 years of our marriage to inspire each other and grow in our relationship. Together, we have created programs for couples groups, couples sessions and individualized couples intensives.

Over the years I have gravitated to all kinds of group work. The power of group work to heal astounds me.  My mentor for leading groups and teaching others to lead groups is Irvin D. Yalom and his book, The Theory and Practice of Group Psychotherapy.

Rituals have also been an integral part of my training and remain a passion. I have created and facilitated rituals for weddings, funerals and every other kind of human passage in between. 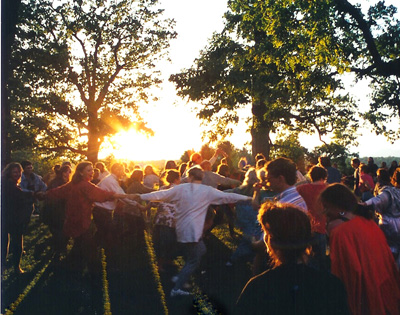 Neuroscience research and data began to emerge in my world seven years ago.  Trauma and adult attachment were in the forefront of all of the findings.  Now we can see real data about what is actually going on in the brain.  The field of psychology is changing rapidly and so am I.  In college my favorite class was human biology and now I have the biology of the brain and nervous system to study.  Real results can be seen on an MRI.  It is no longer someone’s observation or hypothesis.  It is real science.  Now we know that emotional catharsis work without insight and integration does not actually create lasting change.  We know that the nervous system works in a kind of gentle pendulation between a disturbing event and a resting place or resource and back and forth until  the feelings can be digested. Then we become more whole.  We can understand from the research, beginning with John Bowlby, that the attachment style we developed as children (secure, anxious, avoidant or disorganized) will determine our relationship styles and needs for a lifetime.

This work began a second wave of transformation for me as I began to understand and have so much more compassion for my issues.  I had come by my struggles honestly.  My disturbed relationship with my mother left me disturbed. This was true but I could recover.  My husband and I have included the work of Sue Johnson and her book, Hold Me Tight in our couples work. We began to understand how important it was for both of us to make a secure relationship our goal. We saw that so many struggles in our marriage and that we observed in couples was at the core, one partners desperate plea, “Are you there?” 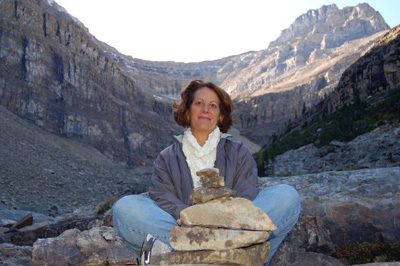 Beyond Broken was born as I was finishing the 4 DARE Training Modules and became certified in began assisting with Diane Poole Heller, a Somatic Experience and Trauma Expert who trained with Peter Levine.  It is gentle work.  It works with the natural rhythms of the nervous system—a nervous system that we can now actually observe in action.  Beyond Broken represents my accumulated training and personal history and the exciting changes in the field of psychology in recent years.  We can recover from Trauma.  Trauma is an embodied memory.  Through research in neuroscience we know that we store all our memories in our body, many precognitive and implicit (without memory or words). The exciting book, The Body Keeps The Score, by Dr. Bessel Van der Kolk, documents the history of these discoveries.

In the past two years I have been studying the work of Peter Levine and am beginning the Intermediate Level to be certified as a Somatic Experience Practitioner.

We were right 30 years ago, even without science and data, that real healing comes through the body.  Now we know this healing has to be gentle and that it can be lasting and that our bodies and even our Genome can change.  We can set a whole new epigenetic cycle in motion.  We are part of an evolutionary movement. Now we have the science to back us up. 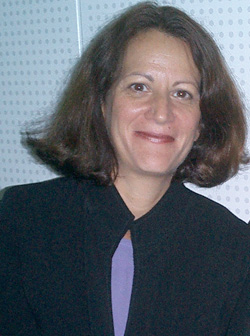 A note from a workshop attendee...
"Wendy, when I am with you I feel that you understand and are able to hold a space that most people are unaware exists. This is powerfully magnetic and comforting."

Join me in an exploration of the Me AND You Universe. As humans we naturally drift into duality—good, bad, life, death.  The Me AND You Universe is the ultimate antidote to this duality. It is the true experience of win-win, getting to have it ALL, if only for a summer afternoon and a trip to the Aquarium.